‘Tis the season to be jolly’ as the song goes and let’s hope our games over the Christmas period have that effect on us. Whilst we’ve been willing the team to stop a run of defeats to lift the mood a bit a lot of us have had extra reason to wish for a victory or two.

Our chairman, Clive Nates, has been over here after a very long period where this wasn’t possible, and if anyone deserved to see his team win then it’s him. Clive, his vice-chair Jay Wright, and their directors and investors have made massive commitments into our football club which has brought about real success.

I saw Clive at the Accrington Stanley home game where it was as cold as it could be and the temperature seemed to drop another ten degrees when the away side scored the winner. Results after that weren’t great either and it was good to hear that the chairman had seen us pick up a point in a good performance at Cheltenham.

Clive was also at the LIncoln City Women FA Cup game against Northampton Women where they won a tense game after extra time. In between making a complete hash of the PA announcements as I usually do it was good to chat to him and witness his enthusiasm for that game and the challenges that lie ahead at the LNER.

As the Red Imps Community Trust representative on the club board I have the privilege of witnessing what safe hands our club is in. Leadership can take many forms from the authoritarian ‘I know best’ style to the respectful listening type. For a football club to gel, which it must, then the latter is better even though everyone knows it’s clear where the buck stops. Our governance is good, very good, and whether it’s blips on the field, Covid issues, or anything else then I’m sure we’ll be guided in the right direction.

The Trust are announcing this week that our charity partner for 2022 will be the Sincil Foodbank who we will be delighted to help. Our partnership with the British Heart Foundation this year was very successful and we were able to make regular donations, promote them and their events, and offer volunteer help especially at their charity match at Lincoln Moorlands against the Former Players Association team. We’ll be similarly committed to our new charity partner next year.

Here’s hoping for a successful Xmas and New Year football-wise whether us locals are at the games or others are back home watching from afar. On behalf of the Trust have a great Christmas. 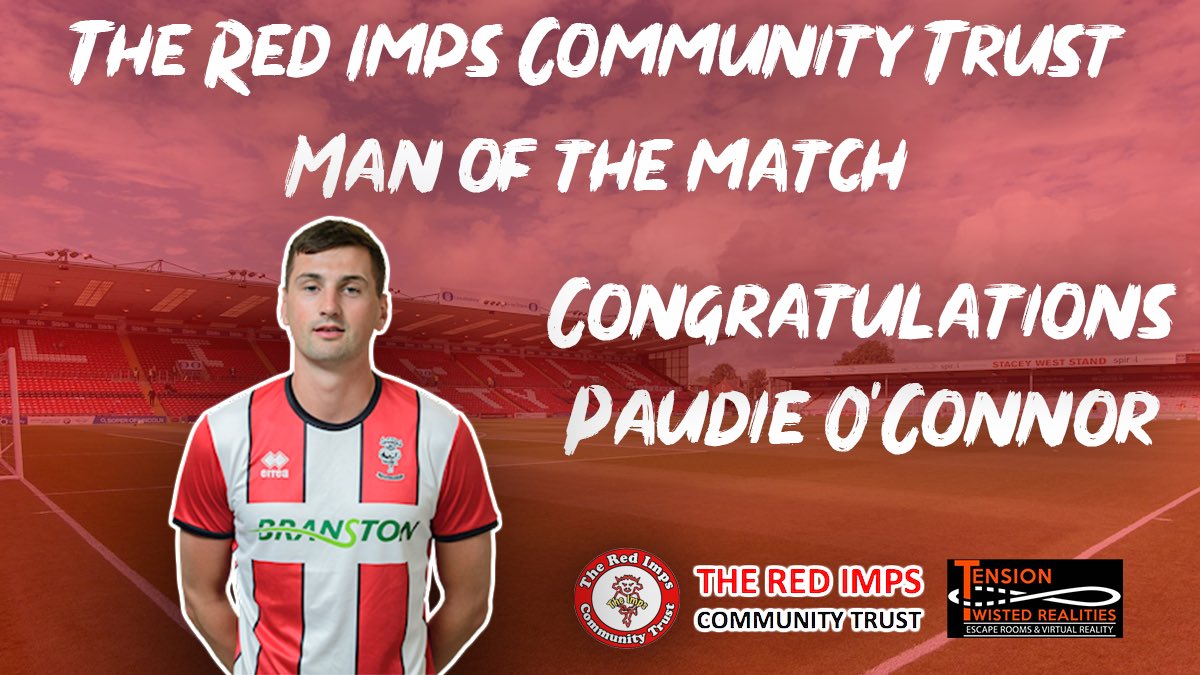