1.1      the Society Board has the skills and experience which it needs to operate effectively;

1.2         the interests of the community served by the Society are adequately represented;

1.3      the level of representation of different groups on the Society Board strikes an appropriate balance having regard to their legitimate interest in the Society’s affairs; and

1.4      the Board operates in an effective and professional way.

2.5       “Election Policy” means a detailed set of rules and regulations of the Society set out in a separate policy statement.

2.7       “Co-opted Member(s)” means a person(s) who and has/have been elected to the Society Board by Board Directors but not elected by the Members.

2.8       “Indictable Offence” means a criminal offence (other than a spent conviction as defined by the Rehabilitation of Offenders Act 1974) for dishonesty, fraud or dealing in drugs.

2.9       “Rules” means the rules and regulations of the Society laid out in the separate Rules document.

2.11    “Treasurer” means the elected treasurer of the Society.

2.13    “Society Board” means the elected Board of the Society including any co-opted Society Board Members.

3.2       Eight weeks before the AGM in each year the Secretary shall invite nominations for candidates to replace those elected members of the Society Board who are resigning at the AGM and/or to increase the number of Board Directors subject to the provisions of 3.1 above

3.3       Elections shall be governed in accordance with the Election Policy.

4.1      The Board shall have power to co-opt up to 3 additional Society Board Members at its discretion. Co-opted Members may be co-opted to either fill a casual vacancy on the Society Board in accordance with Rule 63 of the Rules or as external directors in accordance with Rule 64 of the Rules. Co-opted Members may have a specialist knowledge or specific skills required or attributes which the elected Board members feel would be beneficial to have on the Board. Also Members may be co-opted on the basis of their ability to fill those roles on the Board which remain vacant at any one time to ensure that the aims and objectives of the Society are met provided that elected Board Directors are not outnumbered by Co-opted Members.

4.3      Co-opted Board members may not serve on a disciplinary committee

5.2      With the exception of Co-opted Members co-opted onto the Society Board under Rule 63 of the Rules, all members of the Society Board must abide by decisions of the majority of them and take all such steps as are necessary or desirable to give effect to such decisions. Society Board members are expected to adhere to the principles of collective responsibility.

5.3      In particular, It shall be considered a disciplinary offence for a Society Board member to publicly criticise or to otherwise undermine any decision or policy of the Board.

5.4      It is expected that once decisions have been made by the Board, members in disagreement with them accept the decision as the settled view of the Board, with items already determined only being reconsidered in the light of new information or significantly changed circumstances.

5.5      The Society Board may by majority vote determine that Society Board members are not bound by collective responsibility in respect of any particular matter in which case the above shall not apply.

5.6      Society Board members shall not act in any way calculated to bring the Society into disrepute.

5.7      The Society shall maintain in force bank mandates which require that any cheque issued by the Society must bear the signature of two Society Board members.

5.8.1    (with the exception of Co-opted Members, co-opted onto the Society Board under Rule 63 of the Rules) who ceases to be a Member of the Society

5.8.3    who is subject to a bankruptcy order or has in place a composition with their creditors;

5.8.5   who fails to abide by any rules for the conduct of elections made by the Board;

5.8.6   who is removed from office in accordance with the disciplinary process set out in paragraph 6 below;

5.8.7    in relation to whom a registered medical practitioner who is treating them gives a written opinion to the Society stating that they have become physically or mentally incapable of acting as a Director and may remain so for more than three months;

5.8.8    in relation to whom by reason of their mental health, a court makes an order which wholly or partly prevents them from personally exercising any powers or rights which they would otherwise have;

5.9.1   ceases to comply with the criteria set out in this Board Membership and Conduct Policy; or

5.9.2   (with the exception of Co-opted Members co-opted onto the Society Board under Rule 63 of the Rules) ceases to be a Member; or

is to vacate the office of Board member

5.10.1 fails without good cause to attend 3 consecutive Board meetings; or

5.10.2 fails without good cause to participate in board training

is to vacate the office of Board member if required to do so by a majority of the other Board members.

6.3       Either the Society Board or the members who are the subject of the hearing may request for an independent member to join the Committee. The Independent member will be selected on the basis of mutual agreement, and shall for the avoidance of doubt not be someone who has served with any of the subjects of the hearing on any board or committee and shall ideally not be a member of the Society itself.

6.5       All incidental expenses for Independent members shall be met by the Society.

6.7       The Board member subject to the disciplinary hearing may appeal against the decision of the Disciplinary Committee within 7 days of being notified of the decision. The appeal must be made to the Society Secretary who shall contact Supporters Direct who shall appoint an independent organisation such as Co-operatives UK whose decision will be binding on all parties. The appeal will take place as soon as possible after the member concerned has requested it, and no later than 28 days following the date of receipt of the appeal. As the Independent organisation is independent of the Society there will be no further right of appeal by any party.

6.8       The final decision will be communicated to Board members only after the conclusion of the appeal, or when the date for the lodging of an appeal has passed without such appeal being lodged. The Secretary will be responsible for communicating the decision, and no members of the disciplinary committee shall make any comment about the proceedings publicly.

7.1       The newly elected Board (after each AGM and not merely the first AGM) shall meet to select from amongst themselves a Chair, a Vice Chair, a Treasurer and a head for such sub-committees as the Board shall determine from time to time, having due regard to the roles and responsibilities prescribed for each of the positions and the skills and abilities of the members of the newly elected Board. The Society Secretary shall be appointed by the Society Board.  As soon as practicable the names and roles of the new Board should be posted on the Society’s website and sent out to members.

7.4       Vacancies arising amongst the Society Board Members elected by the members will be dealt with as follows.

7.4.1   If a vacancy caused by retirement or removal is not filled at the general meeting at which they retire or are removed, the vacancy may be filled by the Board

7.4.2   A vacancy occurring by death or resignation may be filled by the Board.

7.4.3   In each case the member appointed to fill the vacancy is to retire at the next annual general meeting and the Board will make provision for an election to be held.  For the avoidance of doubt the retiring member may stand for re-election at the meeting at which they retire.

7.6       All information held by the Society is subject to the Confidentiality principles set out below. Any Board member collecting details of new members must ensure that they forward all the correct information and monies to the secretary or a nominated person.

7.7       Society Board Member(s) must not arrange for or accept any undue or improper favours, match tickets or gifts from members of staff at any Sporting Club for personal gain. A breach of this rule is a Disciplinary Offence.

A Director shall declare an interest in any contract or matter in which s/he has a personal, material or financial interest, whether directly or indirectly, and shall not vote in respect of such contract or matter, provided that nothing shall prevent a Member voting in respect of her/his terms and conditions of employment or any associated matter.  A breach of this rule will result in a disciplinary procedure.

9.1       Members of the Board acknowledge that discussions at Society Board Meetings are strictly confidential save where expressly stated not to be, and save for official reports of meetings, such as publication of approved minutes. With the exception of those circumstances set out below, all Board members shall keep all such discussions or information strictly private and confidential.

9.2       The confidentiality provisions shall not apply where a Board member is asked to co-operate with any statutory or regulatory body and should not stifle due and proper debate on issues within the confines of Board meetings or discussions between Board members conducted in confidence.

9.4.1   arrangements for the transmission of information between the Society and the other company; and

9.4.2   a statement of the duties of the Society Board Member within those arrangements.]

10.1    The Society Board shall elect from among their own number a chair, treasurer and such other officers as they may from time to time decide. These officers shall have such duties and rights as may be bestowed on them by the Society Board or by statute and any officer appointed may be removed by the Society Board. A serving officer who is not re-elected to the Society Board at the annual general meeting shall nevertheless continue to perform interim duties solely to ensure normal administrative functions are undertaken to maintain the Society’s operations until the first Society Board meeting following the annual general meeting when a successor can be appointed.  For the avoidance of doubt; they should have no role in any substantive actions and all parties with whom they deal in this period should be advised as to this situation.

11.4      An item “Declaration of Expenses” will form part of the Treasurer’s report for each Society Board meeting. The Treasurer may only authorise the payment of expenses that have been declared in a Society Board Meeting.

11.5      All cash donations, income and payments taken must be recorded on a form approved by the Treasurer and as advised by the Society Auditor/Independent Examiner. At least two Society Board Members must sign the completed form at each Society Board meeting. Failure to complete the form to the requirements of the Treasurer may be a Disciplinary Offence. 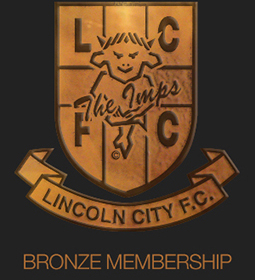 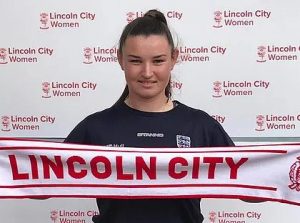 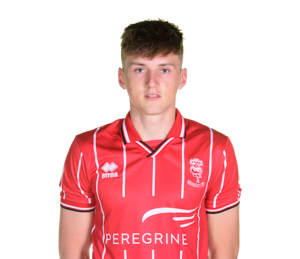 The chance to win 1 of theses great prizes ends tomorrow!!!!

A pair of @LincolnCity_FC 21/22 Season Memberships

A VIP match day at @Lincoln_Women 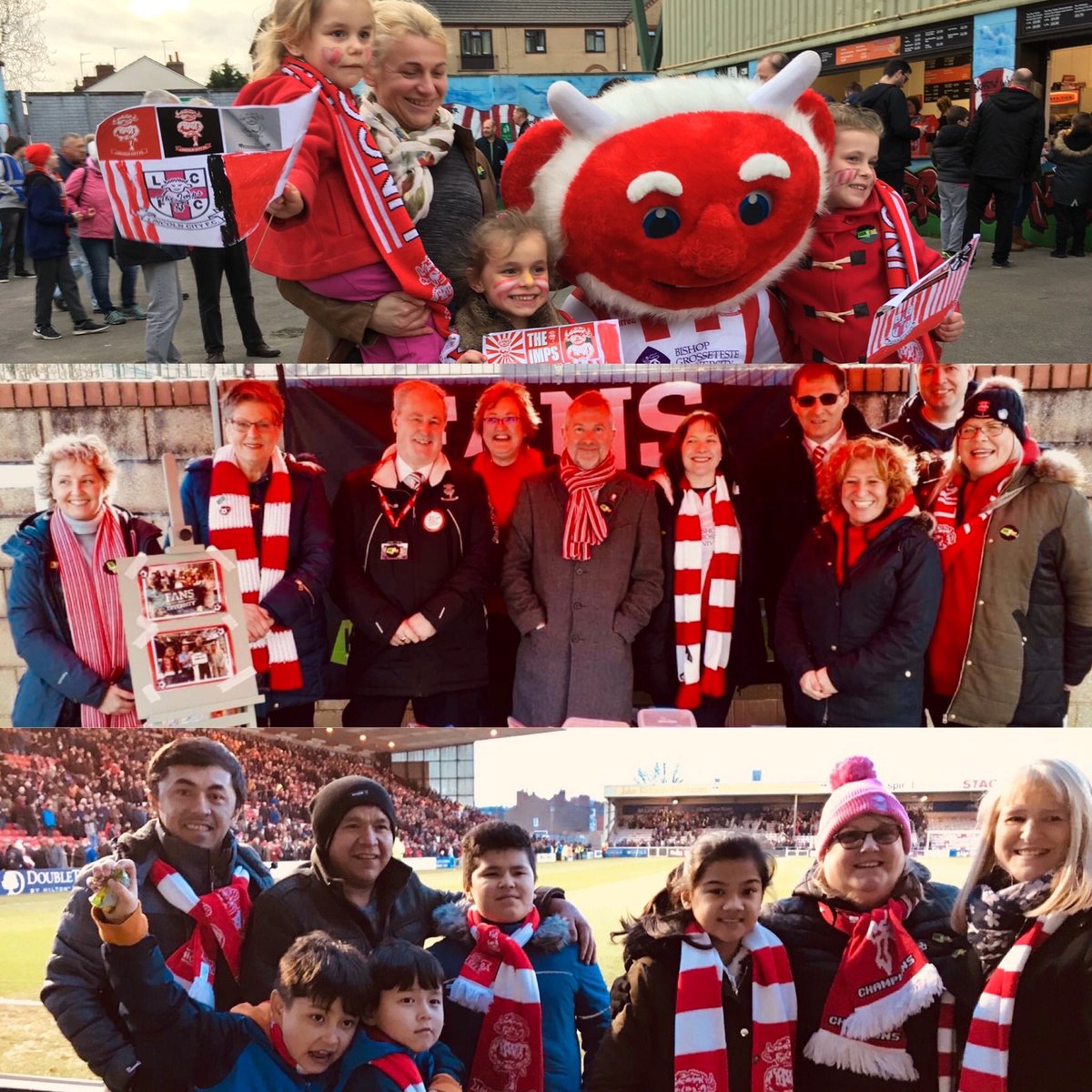 There is still time to win one of theses great prizes..

A pair of @LincolnCity_FC 21/22 Season Memberships

A VIP match day at @Lincoln_Women

@trustinlcfc would like to wish @LincolnCity_FC and all Imps fans safe travels this afternoon as the Imps take on @SalfordCityFC in pre-season action.. 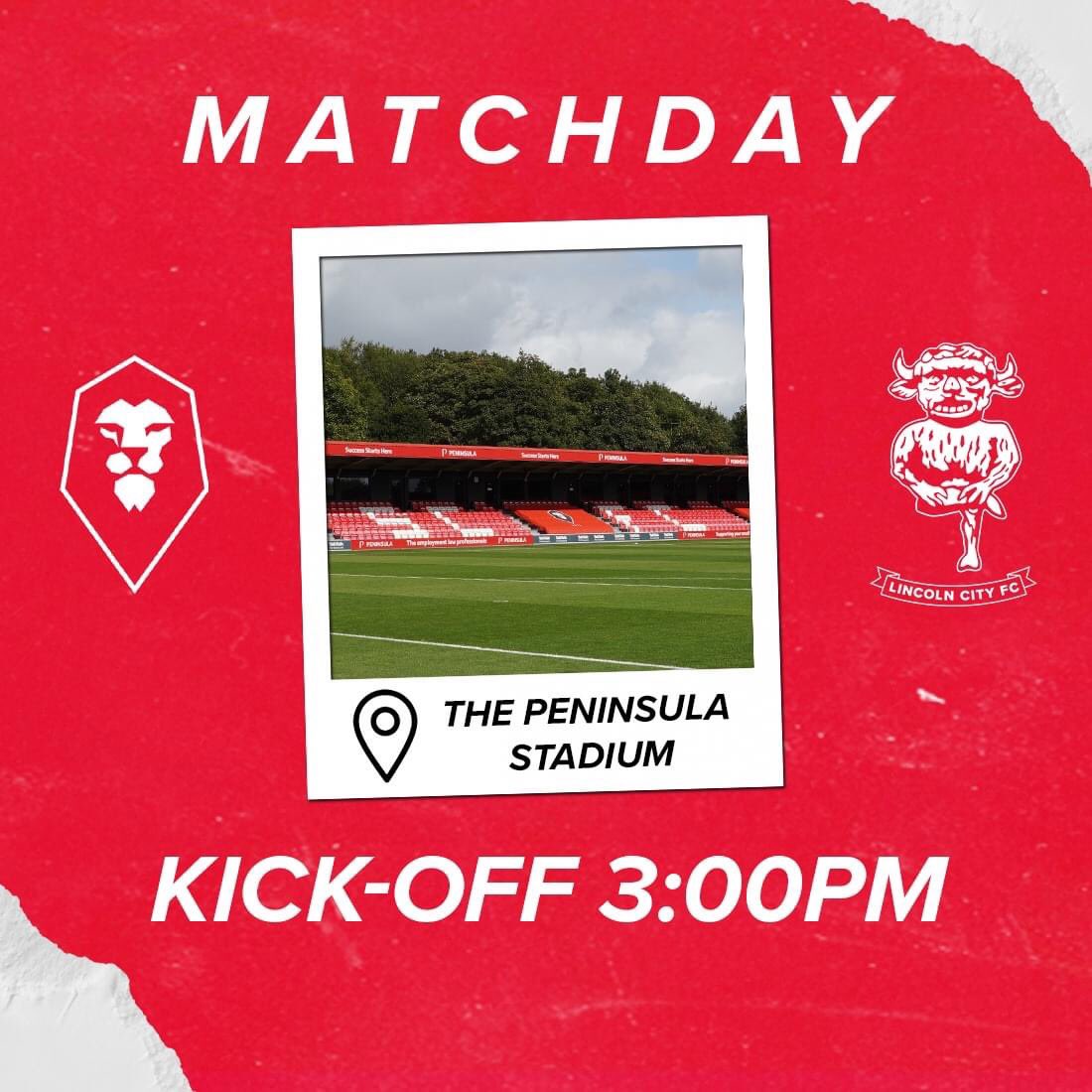 Watch this space for more from the day and Chris!!! 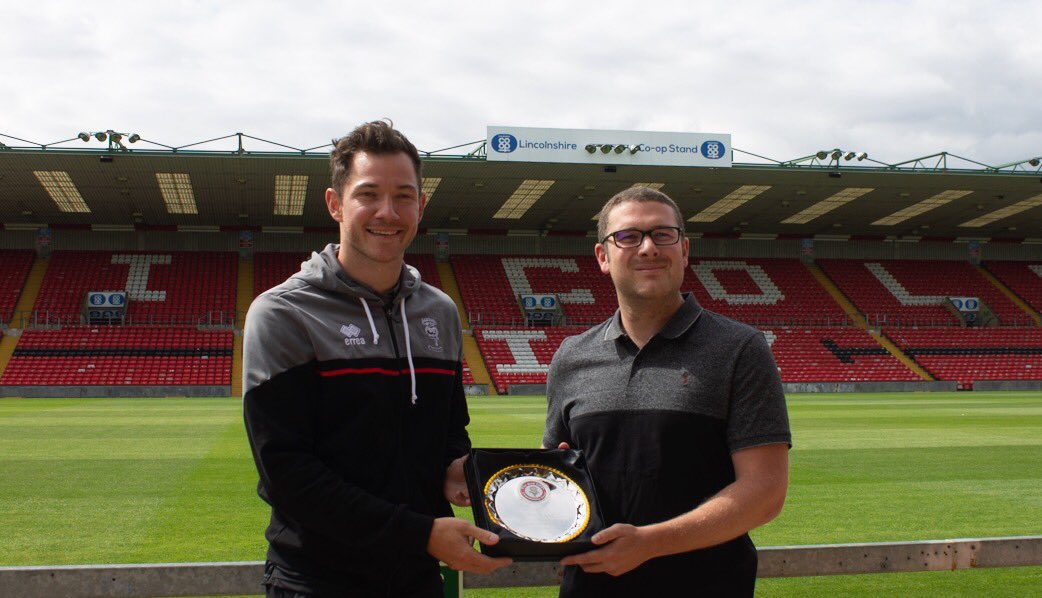 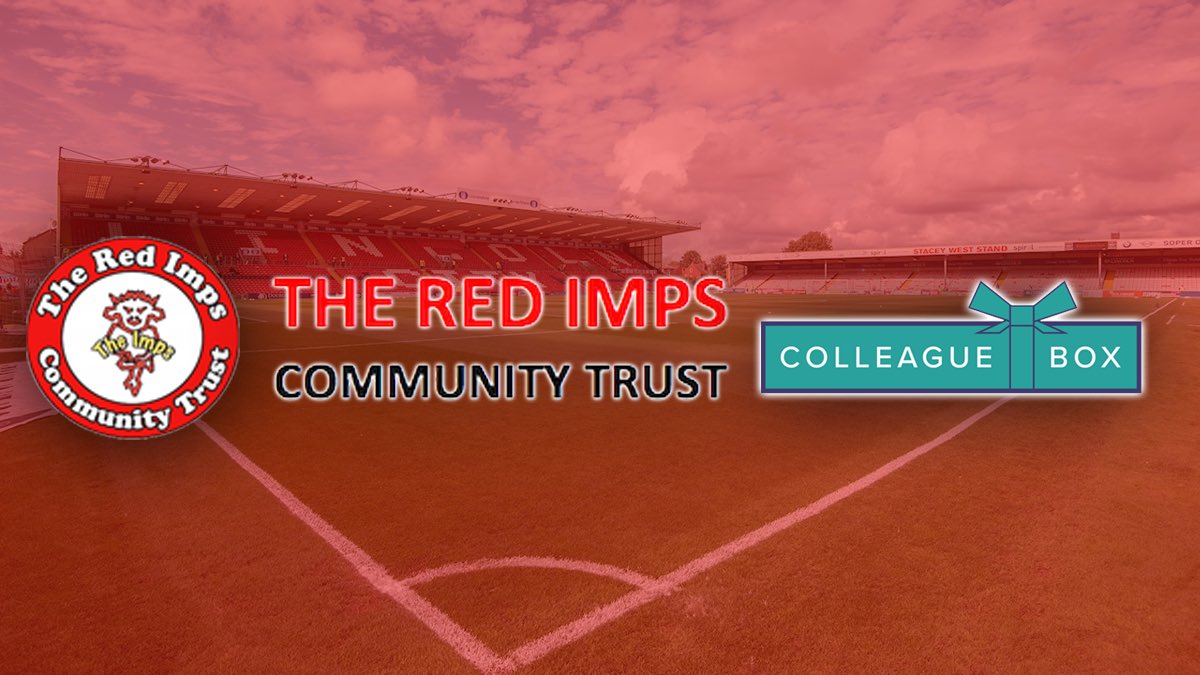