READ THE BOOKS ON THE HISTORY OF LINCOLN CITY FC AND THERE SEEMS TO BE A COMMON THEME THROUGHOUT AND THAT IS THE APPARENT CYCLE OF FINANCIAL BOOM AND BUST – WELL NEARLY BUST.

It was no different in 1998 as the new season kicked of with a home match against Wigan. Having got promoted the season before the Imps were now competing with some big teams and it wasn’t long before the financial reality of being in a division higher started to take effect. To compete in Division 2 the Club were going to have to spend and new signing Tony Battersby, a club record signing at £75,000 joined the squad indicating the club’s intent.

In October of that year soon after the season started, John Reames, the Lincoln City Chairman called a crisis meeting in the Centre Spot at Sincil Bank. The depressing message he gave was that the Club would not see the season out unless vital funds could be raised. He appealed to the supporters to dig deep but remarkably, as a reward for their investment he proposed something somewhat radical. Previously Reames had often talked in public about the community being at the heart of the football club and supporters playing their part in the boardroom. The cost of a directorship on the board of the club at the time was £25,000. Reames now threw down the gauntlet and challenged a packed Centre Spot to somehow raise the funds and see one of their own number nominated to serve on the club board.

After a series of fraught public meetings to gauge support a working group was set up with one major aim – to raise the amount required to get a supporter elected as a director. As a result the club would also benefit from a major boost of funds. Thus Impetus was formed and under the leadership of Rob Arnold as acting chairman and a certain Rob Bradley as vice-chair they set about raising the funds. Money started to pour in and within a short period of time over £14,000 had been raised. A first AGM was organised for early in the New Year and things looked on target.

Interestingly, looking back in the club’s history to the year 1898, exactly 100 years earlier, three members of the Working Men’s Committee (1896- c1930) were elected to the Club’s board. Even back then a supporter’s organisation had a say in the running of the Club. The WMC was also heavily involved in the development of Sincil Bank and initiated several schemes to raise money for the Club.

It was early in 1998 that the organisers of Impetus realised they were not going to achieve the figure required by John Reames to trigger an election to the board. With around £17,000 raised and all of this invested in the club, in return for shares, the season came to a close. The Imps were still in business but only just.

Having been relegated after just one season in Division 2 it was back to square one for the club and yet another appeal for money. The slogan “Bounce Back With the Imps” was the theme. This time the club took the initiative and decided to create its own scheme. As the season ticket renewals went out supporters were invited to join the Lincoln City Membership Scheme. This time the target was 1,000 members, all paying a £25 joining fee and once the target was reached a director from the scheme would be elected to the board.

At this stage it was suggested by the club that supporters joining the Membership Scheme should form a committee to ensure their interests were looked after. The current committee of Impetus knew their days were numbered as an organisation and decided to throw in the towel. As soon as the organisation was disbanded the same dedicated supporters threw their efforts behind the club scheme and with an acting chairman, Rob Bradley, a new committee was formed. Discussions were held with the club and it was agreed that a reduced target would be 500 members. This allowed for the money raised by Impetus to be counted as funds in the new scheme, so the previous seasons fundraising efforts hadn’t been a total waste of time after all.

Again the target figure would come to appear to be too distant. Soon after the Membership Scheme recruited its 450th member the scheme once again ran out of impetus. This time a powerful ally would step into the breach. Michael Sassi the editor of the Lincolnshire Echo had got wind of the scheme and as a keen Sunderland supporter could see the merits of an initiative to elect a supporter to the club board. The Echo threw their weight behind the campaign and under a headline “Call Yourself a Fan” appealed to Imps fans to join the new scheme. Slowly the numbers started creeping up. As they joined new members were interviewed by the Lincolnshire Echo and had their photo put on the back page of the paper. Soon the momentum picked up again and the magic figure, thanks largely to the local newspaper, was achieved.

Soon after this momentous event the Chairman of the Membership Scheme was invited to join the Club Board and Rob Bradley attended his first board meeting in July 2000 as the first Supporter Director. It was during the close season that he and another member of the Scheme, Secretary Rick Keracher, met with a character called Brian Lomax. He had been instrumental in setting up an organisation at Northampton Town known as a Supporters’ Trust. It became quite clear in discussions with Brian Lomax that the Membership Scheme, which now had a shareholding in the Club and over 500 members, should consider converting into a Supporters’ Trust.

The timing could not have been better for it was around this time that the Government announced that it was setting up a body called Supporters Direct which would oversee and encourage supporters to play a more active and influential role in their football clubs. Brian Lomax, due to his experiences with the Cobblers, had been invited to set up this organisation and it was his guidance and advice that allowed the Lincoln City Membership Scheme to evolve into the Lincoln City Supporters’ Trust.

On 5th September 2000 the Rt Hon Chris Smith MP officially launched Supporters Direct and a month later the Trust became registered as an Industrial & Provident Society giving it a legal status allowing its members legal protection and powers under the law. The Supporters’ Trust was in business and ready to play its part in the future of Lincoln City FC. Those early members of the Trust Board didn’t know what was in store!

Follow link to listen to their chat about the Trust, our charity work, and the start of @LincolnCity_FC pre season… 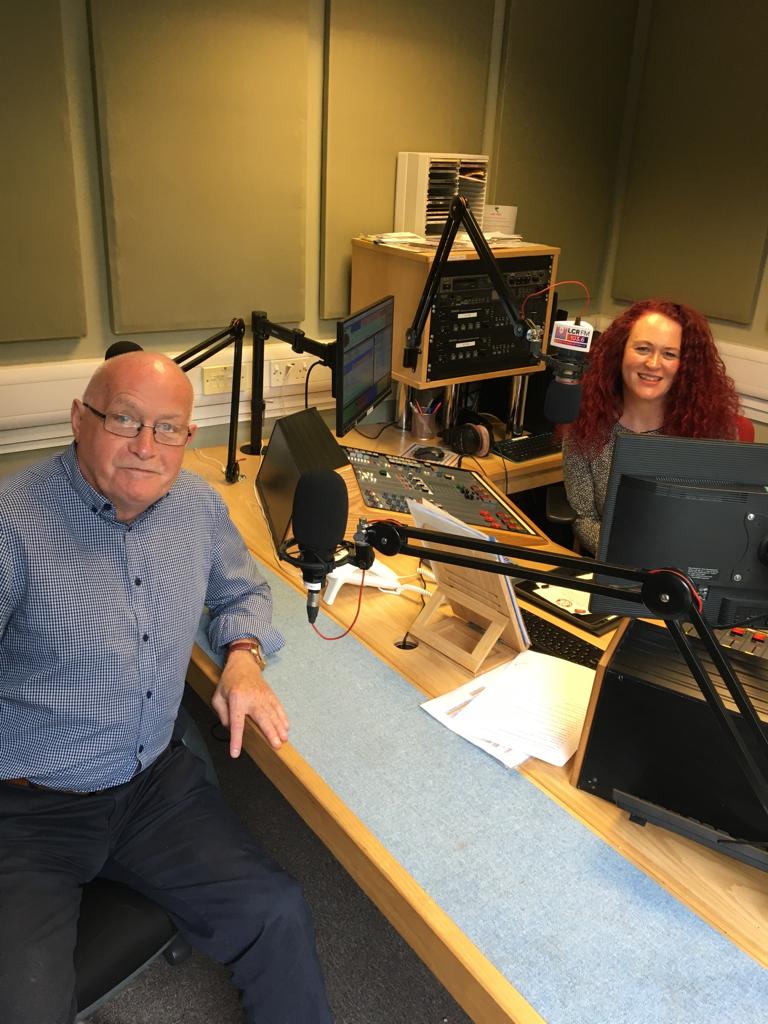 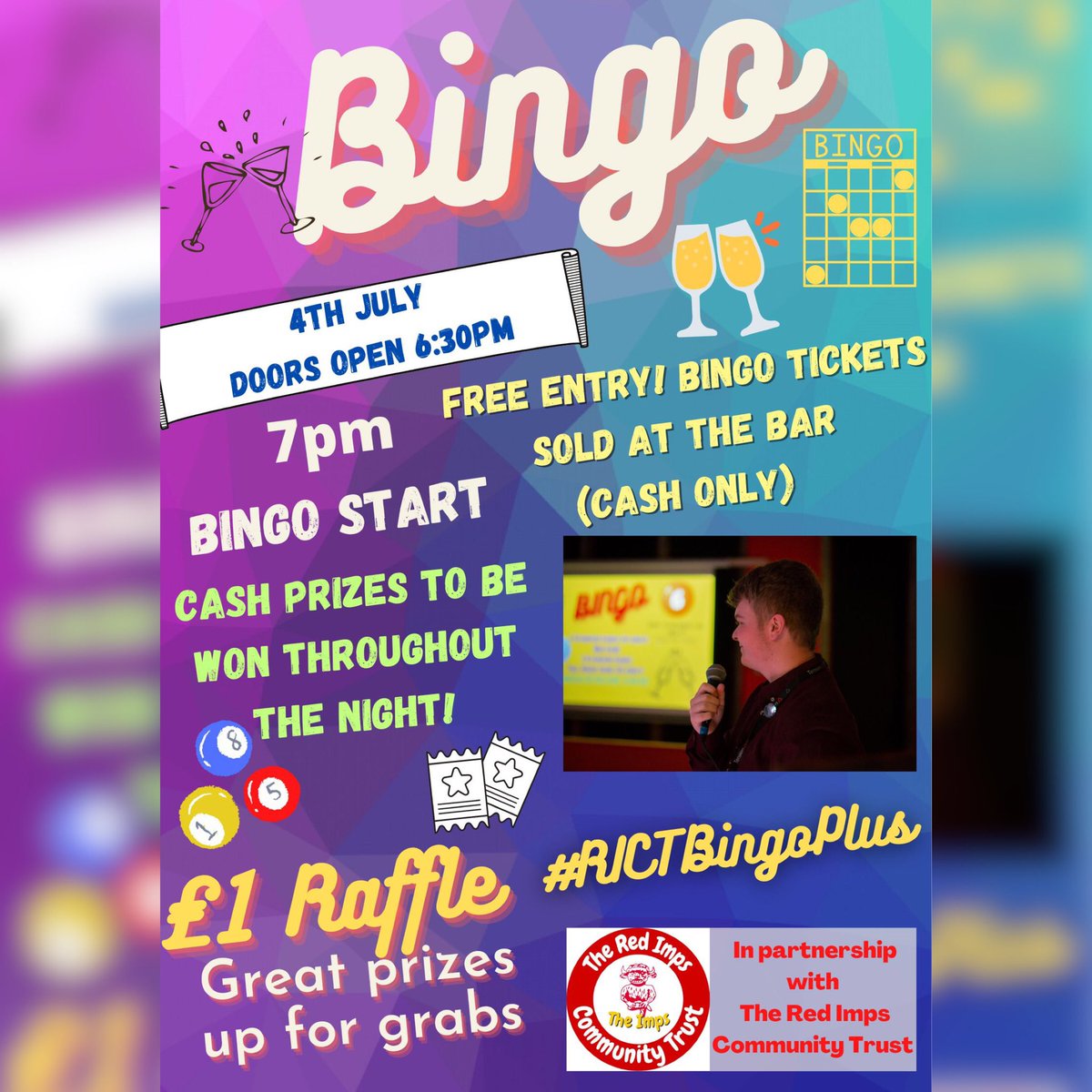 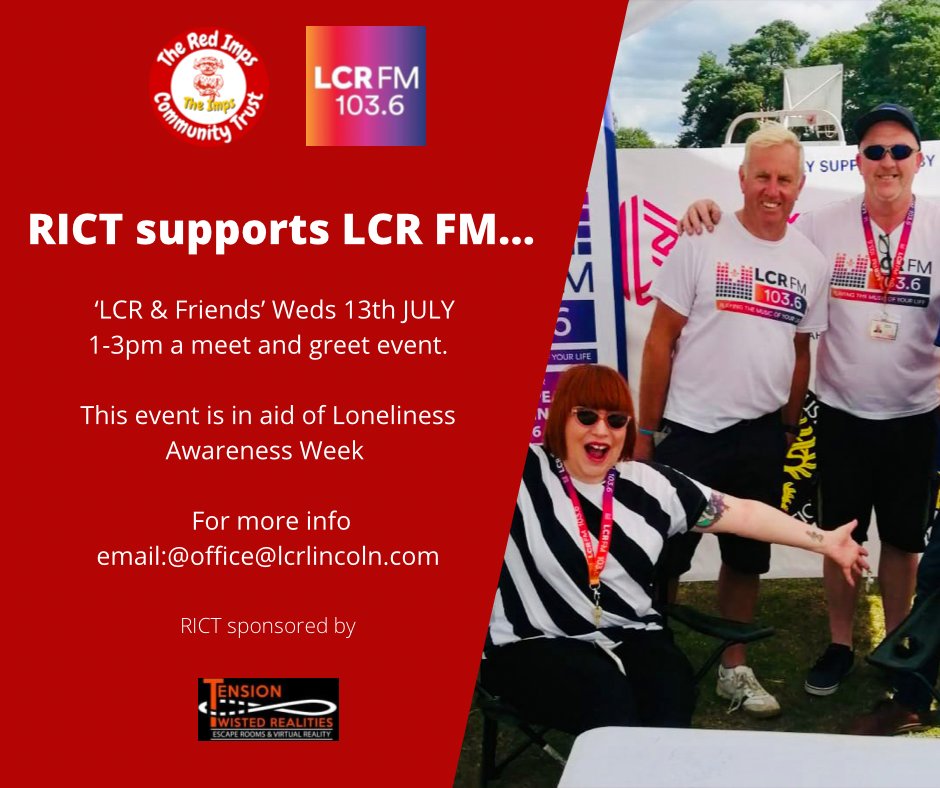 @trustinlcfc AGM will take place in August, click below for more information… 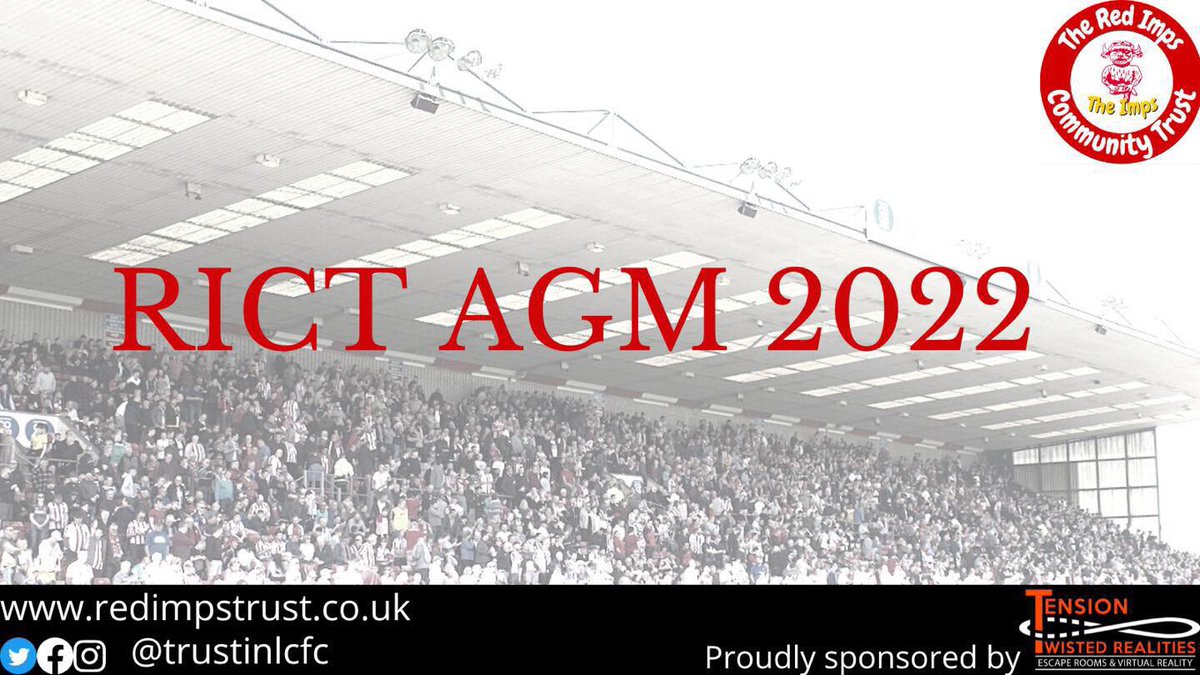 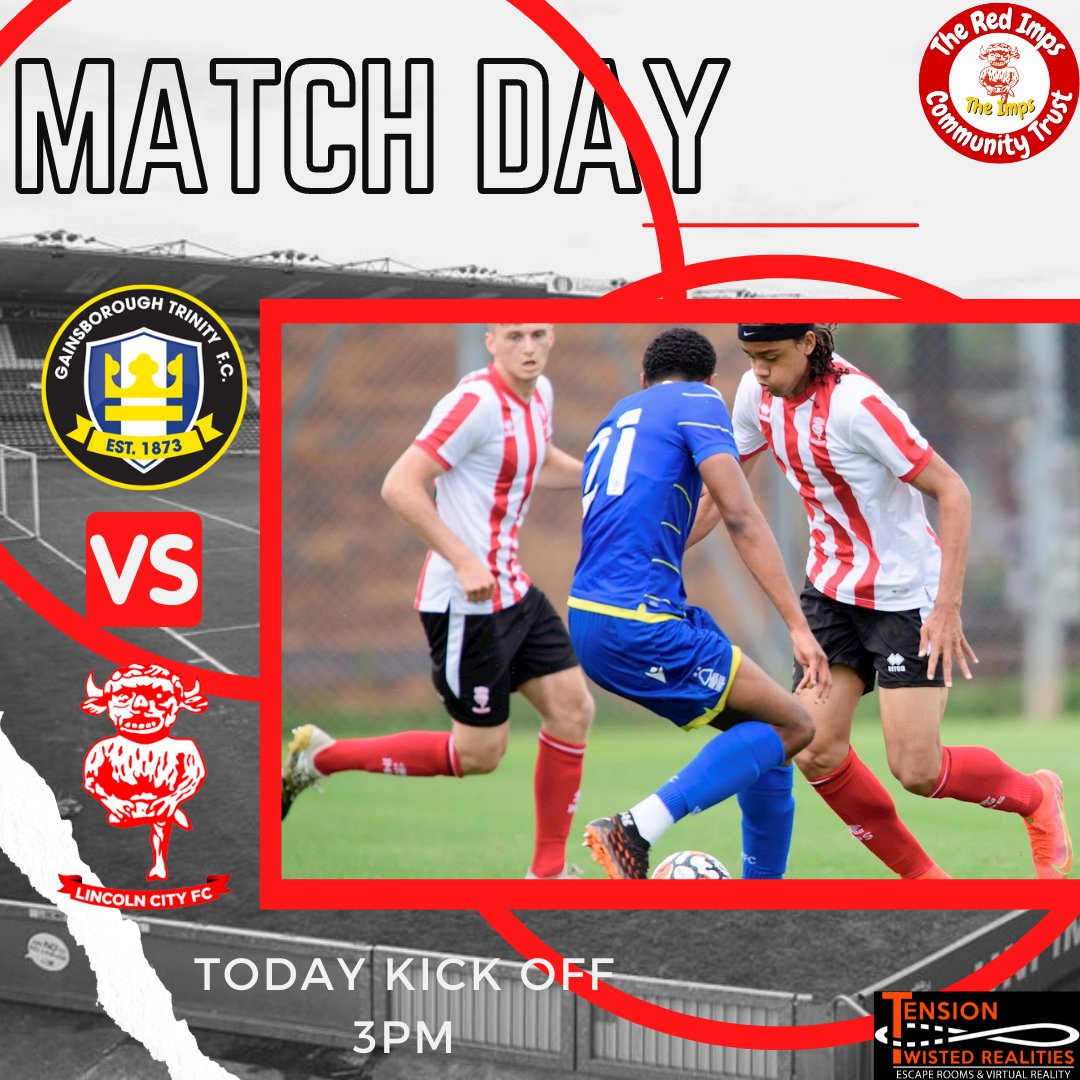